Lord, take my children by the hand... 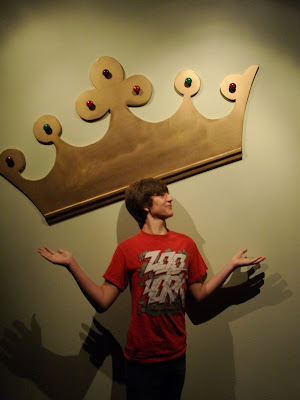 Ah…..7:15 am, and the whole house is quiet. My boys—all three—off to school. Now, to tell the truth, the house has been quiet at 7:15 am all summer long, but that was when they were all snoozing away until the digital clock read double-digits. But this morning, they were all up before me, showered, dressed, gelled, fed and brushed, only to sit nervously on the edge of the couch waiting to pick up their back-packs and go. And so, in the quiet of my house, I scrambled an egg, sipped a cup of tea, and prayed that this day—this year—would be one of wonder and joy. Kids deserve that, you know?
So, in-between studies right now, I sat down with my Bible and did the “flip.” You know, where you just let the pages fall open…and for a reason I didn’t understand at first, the Lord led me to Daniel. First chapter. Daniel? Really? So I read about the selecetion of Daniel, Hananiah, Mishael and Azariah, plucked from their homes and brought in for special training in the king’s service. Immediately they were re-named (Belteshazzar, Shadrach, Meshach, Abednego).
By the end of the chapter, I knew why God brought me to this book.
See, my older sons are starting high school today, and I have enough experience teaching it to know that those four years change a kid. Of course there are the natural, physical changes that come with the transition to being a young adult, but that’s nothing compared to the changes in their hearts. So many more temptations, such scarier options—all of it seeming so wonderful and glamorous and powerful and promising.
Just like special training for the king.
But Daniel, and his buddies, all refused to eat the rich diet of the king. They held to their values—the ones they came in with—and were deemed stronger, better, healthier at the end. Now, in this first chapter the trial lasted just ten days, but I looked beyond that. Think about it, nobody’s ever read the book of Belteshazzar, have they? No, we read the book of Daniel. Through it all, at the end of it all, Daniel remains Daniel.
So I change my prayer a little. Yes, I want the boys to have a wonderful, fun, exciting, enlightening, fabulous year at school. But more than that, I want them to remain true to who they are. I want them to remember what they’ve been taught, who they love and Who loves them. Christian kids in public schools aren’t just entering a spiritual battle, they’re entering into training for service to a pagan king. May they, like Daniel, refuse to be defiled.
(P.S. – taking a break from book give-aways for a while…winner of By Reason of Insanity is Kelly. Congrats!)
Posted by Christmas with CWG at 6:25 AM

Email ThisBlogThis!Share to TwitterShare to FacebookShare to Pinterest
Labels: Devotionals