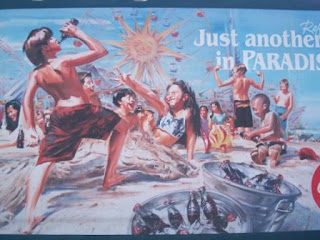 Failure is a big word. And, so final. You can't be in the midst of failure, because it's final. You never know until the buzzer's buzzed. Up until then, you keep going, right? Think about the last two games of this past World Series. Game 6: back-and-forth, extra innings, tie it up and move ahead. Not until the 3rd out in the bottom of the 10th did we know who failed. (Rangers, sigh). Game 7: it was pretty apparent by, oh, I dunno, the 4th inning that the Rangers would fail. I knew it, they knew it, the announcers biding their time with useless trivia knew it. Failure loomed. But, the Rangers couldn't just say, "Hey! We're doomed to fail, so we're taking off now..." Of course not. Because the minute you stop trying, you fail. Why not extend that hope as long as possible?

All this to say...I totally failed my writing goal from last week. Like, not even close. Like, negative numbers due to some random computer glitch that probably boils down to my forgetting to, um, save. (and, yes, I've tried everything to retrieve those lost words)

So, I won't be spending this week just hanging out and relaxing with the family. I mean, I'll be hanging out, because we have plans. But relaxing? No. I'll be tapping my fingers calculating word counts, Googling for a good San Antonio-based hypnotist to help access those last words. As we travel over the river and through the woods (a.k.a. I-35 North to Austin), I'll be mentally fleshing out those last few plot points.

Here's the good news, though. Unlike my beloved Rangers, for me, failure is not an option. I simply cannot. Sure, I might fall a little short on some self-imposed inning, but that has nothing to do with the big game. The bottom of one inning leads to the top of the next, right?

P.S. I'm only half-kidding about the hypnotist.
Posted by Christmas with CWG at 9:03 PM