Chill Out and Return to Love 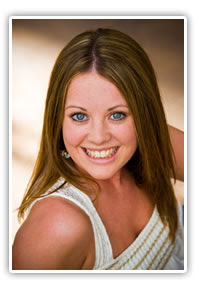 Eileen will be cooling off with Colleen Coble's Cry in the Night...but this week's give-away is just as cool. In fact, it's a romantic summer treat from brand-new author Betsy St. Amant.

Return to Love by Betsy St. Amant is a delightful read featuring two of my favorite creations: Penguins, and hunky musicians. Ah--nice. There's also a nice shot of Christmas to give an escape from the summer heat, and a little bit of romance to heat it right back up again.

"I'm Not The Man I Used To Be!"
If only Gracie Broussard could believe that! Years ago, Carter Alexander broke her heart and betrayed her. Now, just when she needs him most, he's back—asking her to believe he's changed. But this time, it's not just Gracie who'll be hurt if he disappears. A penguin keeper, Gracie urgently needs to find a new home for her beloved birds. Carter is the only one who can help. He promises that she can trust him, that he's not the rebel he once was. And that he needs Gracie as much as her birds do.

I had the chance to meet Betsy a few months ago at a writers conference in Shreveport, LA, and what a treat she is! No offense to my fellow authors (myself included), but we are not by-and-large a fresh-faced lot. I mean, take a bunch of Christian novelists to a bar, and not many of us would get carded. (We might get reprimanded by our pastors, but that's a different story...) So how exciting it is to see not only a new author on the scene, but one coming with such a fresh voice, and to see that the values and faith that permeate Christian literature is not just something we'd like to see our young women embrace, but something embraced by young Christian women.
So, I cornered Betsy to ask her a few questions about her book and this journey she's on:

Let’s face it—you are much younger than most of us in this writing business. So, what do you think your youth brings to the field of writing Inspirational romance?
I hope readers will tell me!! haha. Seriously though, I hope to bring a new viewpoint on romance, romance that is young and fresh. I married early, had kids early, (married at 20, first baby at 24) which is so rare for my generation. I hope to draw in a new batch of romance readers by relating to that generation.
You have such a lovely family! How are you balancing writing, hubby and baby?

Thank you! I'm quite fond of them too. The balance is sometimes tricky but I've learned to always be thinking on my WIP so that when it comes times to actually grab a spare 10 minutes and write, I'm ready to go. It takes away from the keyboarding-twiddling-thumbs stage every writer goes through when first sitting down to work. Family will always come first and thankfully my Hubby is super supportive. He's waiting for me to make the big time so he can quit work and "drive my tour bus". Gotta love hubbies with big dreams =)
Two words: Why penguins?

Two more words: Why not? =P I collected penguins growing up, they're just a fun animal and have always been my favorite! I have no idea what started that trend but it lingers regardless! So it seemed only natural that Gracie, the heroine in RETURN TO LOVE, would work at the Aquarium of the Americas in New Orleans as the penguin keeper. The fun part was researching for this story. I spoke frequently with the current penguin keeper in New Orleans, Tom Dyer, and he gave me lots of useful info, and even let me use the current residing penguin's names in my story. =)
So, in doing your research for this book, did you spend more time hanging out with penguins, or musicians?

I wish I could have hung out with my birds, but did my research on the phone. Obviously the penguins weren't very involved. =) I did speak with an old family friend and singer/songwriter, Dallas Caine Weeks, who lent me the lyrics to one of his songs to use in the story. Its such a beautiful song, I'm working on marketing with him to sell CD singles with the story at book signings. He deserves the shout out!
Tell us a little about what’s coming out next from you. Is there going to be a follow-up to this book?

Yes, there is a sequel titled A VALENTINE'S WISH releasing February 2010. It is the story of Gracie's best friend Lori, who goes to work in an upscale chocolate boutique in the French Quarter, and begins receiving gifts from a secret admirer. Is the secret admirer the handsome Italian chef, her youth pastor best friend, or her ex-fiance back for a second chance? Find out in February! =)

So, not to penguin you to death, but like I said, they are one of my favorite creations--like something God gave us just for fun. What species to you see out there that makes you marvel at God's imagination? Leave a comment and be entered to win a signed copy of Return to Love.
Posted by Christmas with CWG at 8:13 AM