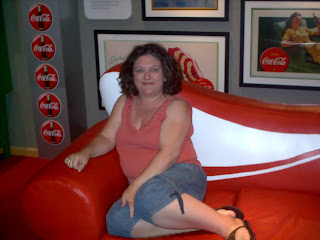 Apparently nothing can bring me out of blog darkness like American Idol. And, no, I didn't post during the auditions, during Hollywood week, or even the semi-finals, because during those early weeks, getting attached to a contestant is kind of like making eye contact with a puppy in a pet store. Much as you might want to take that puppy home, chances are it'll never be a part of your life, because face it--you're just there to buy cat food. So, it's best to hold your head high and just keep a-walkin'. But now that we're down to the 12, it's on. This is the first season with Ellen and the last season with Simon, and so far it's been a bit of a snooze. Here's hoping a narrow focus and some pretty good singers will make it a season worth watching! And worth voting.

So...Rolling Stones week? Relatively harmless. I thought Siobhan was over-praised (in pre-Adam Lambert days, she would have been raked over the coals for being "too dramatic,") and I thought Lee was really under-praised. In fact, I've been voting for him for an hour, and have yet to get a busy signal. Not a good sign...

Anyway, here's what I'm doing this season. I'm going to keep a running poll on my blog here, and I'm inviting visitors to vote for who you think will be going home week by week. Not necessarily who you want to go home (Lacey...), but who you predict will get the least number of votes (Andrew...). Every week that my blog voters get it right, I'm adding a book to a ginormous Idle-Time Summer Reading Basket. I'll reveal and review the week's book after the results show. Just think, that could mean a prize of 12 books total going to one lucky winner. I'll draw a name from the comments. So...join in!

By the way--my pick for bottom 3: Andrew, Lacey, and Paige. My pick to go home...Andrew.
Posted by Christmas with CWG at 7:29 PM